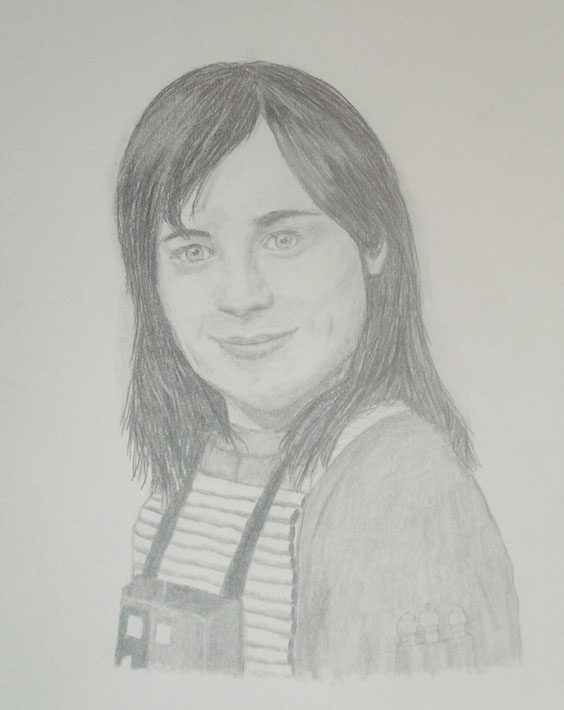 Biography: CC was the middle of three girls in a family that had more than its share of internal problems. All through school she couldn't decide if she wanted to go into animal care, a computer-related field, or try a flying career, and she still hadn't made up her mind a mere few months before graduation.

Her school had a history of sending the graduating class on a large educational trip to the Core Region for a few weeks, something that every student looked forward to. Many alumni considered it the high point of their years at that school and spoke highly of the trip to current students. At last it was CC's class's turn. After arriving at their first destination, she discovered that many of her non-human friends were not allowed in some places or were treated terribly by the resident humans.

Disgusted beyond belief, CC took an intense interest in current galactic affairs during the rest of that trip and afterward, trying to figure out why those worlds were like that. What she began realizing about the Empire sickened her, and before too long she started considering joining the Rebellion after graduating. Her parents tried at length to talk her out of that "crazy, stupid notion", but she went anyway. Her parents still express their intense displeasure about her decision every chance they get.

Now with the Coronas, CC gets to fly, work on computers and also care for her pet, a small avian named Hue. She spends a lot of time with the rest of the "Trio", Quiver and Darin, looking for fun, pranks to play or a battle of wits to get into with Quiver. CC typically ends up being the mediator of the Trio, the middle ground between the two personality extremes of Quiver and Darin.

Theme Song: "Suds in the Bucket" by Sara Evans