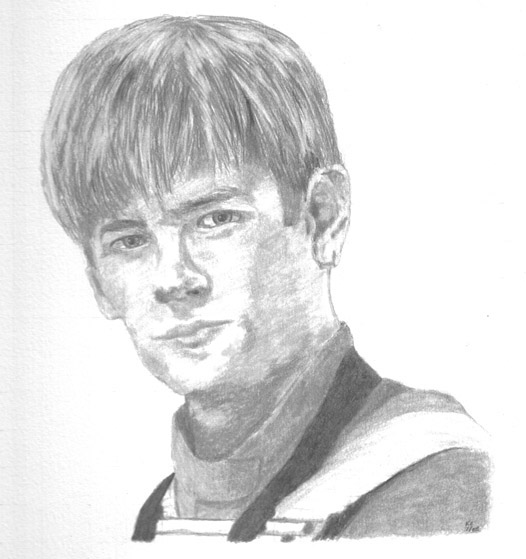 Biography: Darin learned to love flying at an early age. When he wasn't in school, playing sports, or working at his job at Merrillan Transport and Shipping, he could usually be found in a cockpit or at a spaceport. Quiet and loyal, Darin joined the Rebellion after the Imperials occupied his homeworld and killed his parents and younger sister. Upon joining, he followed his desire to fly and ended up becoming a starfighter pilot, an occupation he's not entirely sure he can handle. With the Coronas, he also works as the squadron's Droid Wrangler due to his fondness for droids.

Theme Song: "Not a Day Goes By" by Lonestar (Second place would be "Ain't What It Used to Be" by Billy Currington)