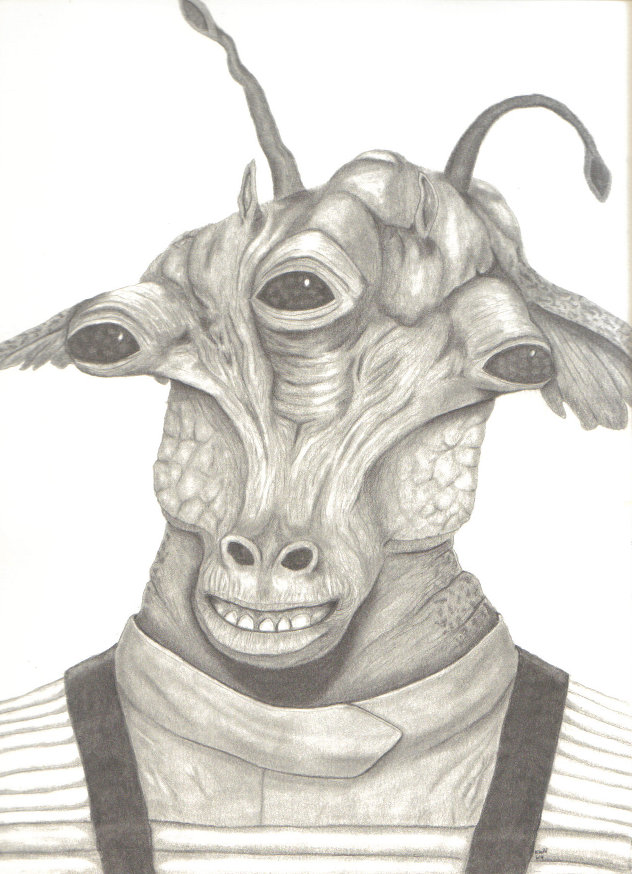 Biography: Maptoo grew up with the intention of going into commercial art. At a specialized art school when he was 15, he met Akia Veaq, and they quickly took a shining to each other. Before long they were dating and going steady.

The marriage of Maptoo's older brother a couple years later convinced him to propose to Akia. Before he could, however, she broke up with him with no warning and cut off all communication with everyone she knew, including Maptoo. The suddenness and unexpectedness of it devastated him, and he sank into depression. He gave up his artwork and took to recklessly racing around the city on a speeder bike. Maptoo's brother eventually tracked down Akia to find out what had happened so he could try to get his brother back to normal. She finally admitted that the Empire had been severely hassling her father and his whole family over a legal dispute and was threatening him and those close to him. Akia's brother-in-law had even been thrown in prison on trumped-up charges, and that was when Akia cut her ties to Maptoo and everyone else.

When his brother told him this, Maptoo saw an opportunity to help her family and win her back by fighting against the Empire. With that new sense of purpose, he set out one day for the Alliance, not telling his parents or brother about it until he was already gone. His family was very upset, but Maptoo promised to return as soon as he could and that he'd keep in touch as much as possible.

He started out by flying shuttlecraft, but after the Alliance saw he had an aptitude for starfighters they transferred him to Starfighter Command. The Coronas were his first squadron, and when he was assigned CC as his wingman he found in her a sympathetic friend who understood having a family who disagreed with the decision to join the Rebellion.

Theme Song: "Look Through My Eyes" by Phil Collins