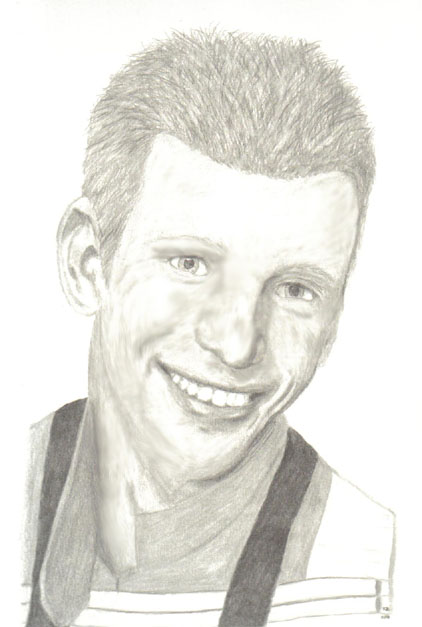 Biography: An only child, Quiver was a writer for a small journal/periodical before deciding to join the Rebellion. He had always been fascinated by pilots and their lifestyle, and he had even sought out a few to write articles about them while in school. At first he joined a small rebel cell and did different odds and ends for them, whatever they needed done at the time. He was especially adept at countering Imperial propaganda and writing releases telling the rebels' side of things. When that cell merged with the larger Rebel Alliance, a larger world of opportunity opened up for him, in particular the chance to try out flying for himself. Soon Quiver was in Starfighter Command (after turning down being a "big bus driver" for Fleet Command), and he spent a few weeks in Tauri Squadron before being assigned to the Coronas.

Quiver likes nothing better than to laugh, play pranks and get into battles of wits with CC. As the Coronas' Morale Officer, he's constantly looking for ways to keep the others (and himself) entertained. This often involves making his wingman, Darin, pay for everyone's drinks or be the brunt of jokes. Quiver, Darin and CC make up what Mackin calls "the Trio" and are virtually inseparable, even though a lot of times Quiver simply can't figure Darin out.

Theme Song: "No Shoes, No Shirt, No Problems" by Kenny Chesney